How often do we hear about people who do not want things happening near where they live?  Well our I.M.B.Y. project is the opposite. It is all about members of our group who want to take responsibility for areas where they live. It could be pulling a few weeds or collecting rubbish at one of our Bushland Reserves. It could be whilst taking the dog for a walk or just a spare half an hour here or there. It is no big deal to do a little bit extra. In fact this is how we got started on the Natural Features Bushland Reserve. Kirsten was walking her dog through this area and upon seeing all the weeds and the rubbish she approached Connecting Country to ask who looks after it? Well the answer appeared to be no one, so Barkers Creek Landcare & Wildlife group took over this project … what a massive (35.5 hectares) I.M.B.Y.

The I.M.B.Y. approach is particularly helpful when we may not have an organized working bee at that spot for a few months. For example: pulling Broom is much easier when it’s only foot tall rather than 4 foot tall.  The Walmer Bushland Reserve is a perfect example where a little bit of maintenance is enough to keep it neat and tidy.

This little Reserve at the corner of White Gum and Hillview Roads is the site of the very first Working Bee of the Barkers Creek Landcare & Wildlife Group. In 1996 when the group began this area was full of rubbish, including car bodies. Back then, and even still today, the Bush was often seen as a dumping ground.

Mount Alexander is definitely in our back yard, in fact quite a lot of our members have views of the Mount from their properties. So when the Castlemaine Mothers Group and Connecting Country came up with the idea Little habitat Heroes as a way of investing in their children’s future , we were happy to help out. The goal was to re-vegetate the Old Silkworm farm up on Mount Alexander with indigenous Sheoak, Banksia and understory plants. The first step was for our Barkers Creek B-Team to weed spray 900 x 1m diameter spots and put in a stake. On 17 June about 200 people turned up and put all the plants in the ground including stakes and guards. It was a fantastic sight to see – stacks of kids with their mums, dads, grandparents and quite a few members of our local landcare groups.

Helping Kirsten plant out her block.

This is literally Kirsten’s backyard.  Actually, when Kirsten (our lovely Secretary) bought her house she also bought a block next door with the goal to create a lovely area for recreation surrounded by  indigenous plantings. Once again, a bunch of friends and some of our members turned up one Saturday and put several hundred planets in the ground for her… and look at it now.

Nico is a wonderful gardener (and is now propagating her own vegetable seedlings for sale, if you are interested) so, together with her partner Tony, decided that they would build a massive ‘no dig garden’ to supply all of their vegetable needs. However, once they started to prepare their backyard they discovered more and more rubbish. Not to labour the point, but have I mentioned the amount of rubbish dumped in Barkers Creek? Anyway, I digress, what they discovered was that a gully that previously ran through their backyard had been totally filled with all sorts of waste. So, they organised a working bee with friends and members of our local landcare group. One was not enough, so on at least three occasions this group gathered to remove all the rubbish and put all the dirt back.

This really was an example of helping out in someone’s backyard. 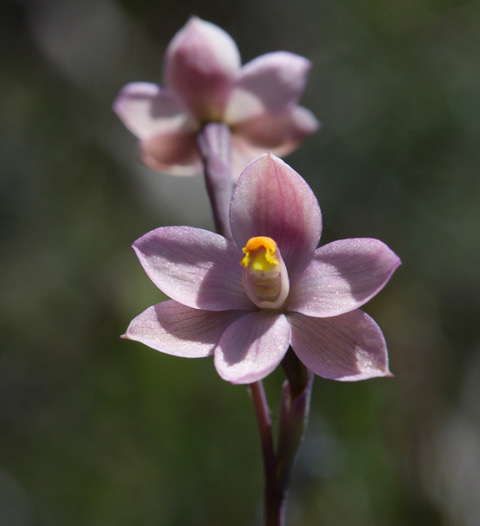 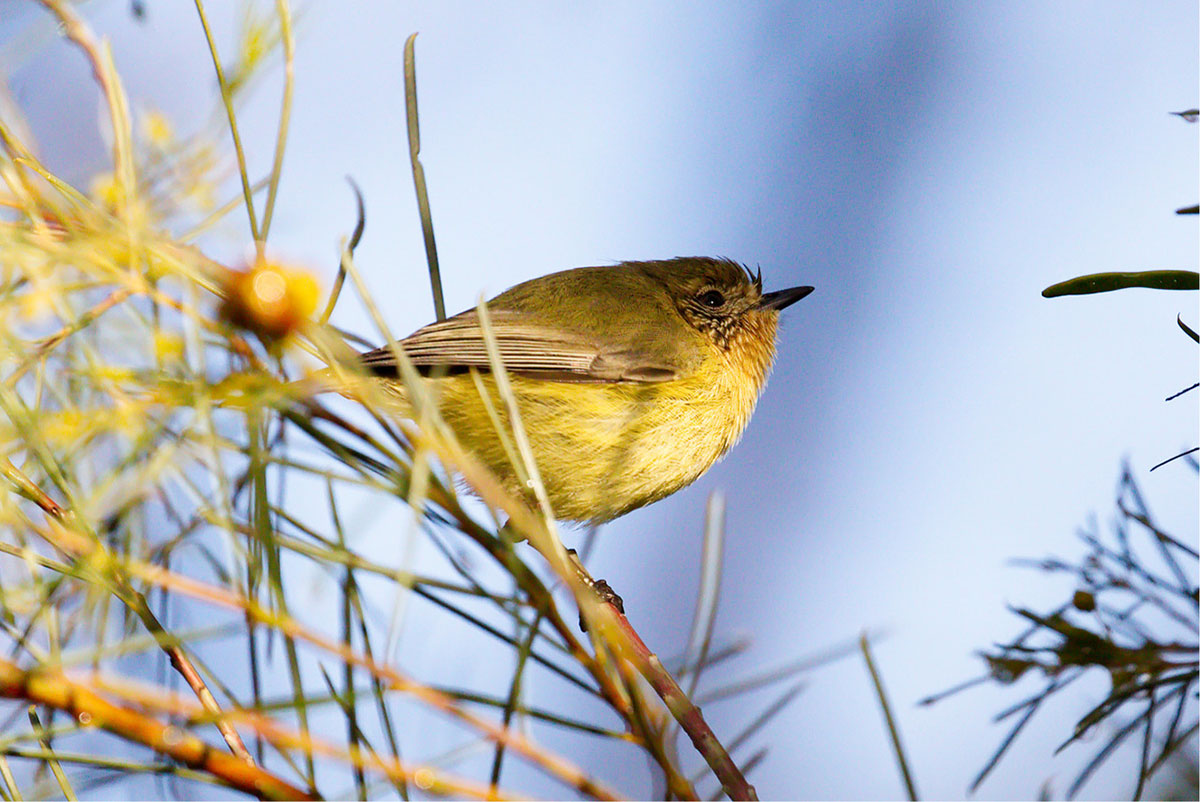 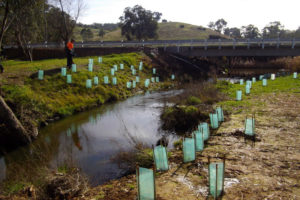